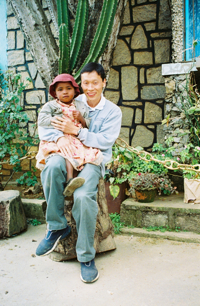 Someone you won’t forget lives in you. Sara meaning the beautiful in Malagasy is the one I met in Madagascar in 2005 and stays in me since then.

As I entered a homeless shelter run by the Missionary of Charity, Sara’s eyes captured my attention and penetrated into my soul. Her sad and yet calm eyes stunned me because the barriers in culture and language disappeared at the moment. She said nothing, but she showed everything in which we were peculiarly connected.

I fed her, embraced her as my child. Her tiny hands and dirty clothes were a remind of poverty, that is, lack of the visible God among us. I tried to make her smile by giving hugs and candies, which was futile. As I said “Veloma” (Good-bye in Malagasy) to the homeless and kissed them, Sara came and shyly grabbed my hand, which almost got my tears. I didn’t know how to communicate with her and yet she felt I was there for her.

Sara would live in me as long as I remember, pray, and run for the poor. She taught me how to serve not with words but deeds.

Sara is the eighteenth Christ.