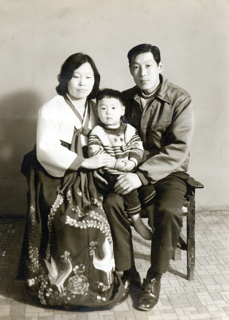 A man with dream, the family and the future. This was my father when he left my grand father’s house to come to a big city with the family. The words that described him were

hardworking, dedicated, and faithful because he began with nothing and raised all his children with college education.

My father has carried the family as a defender of life. When my mom diagnosed with cancer, my father became a caregiver. I have never seen my father looking after her with gentle, loving, and dedicated care. From cooking to cleaning to driving her around, everything became under his belt.

During my mom’s chemotherapy, he himself had a severe stroke in May that almost took his life. Later he talked to me the moments when he had the stroke. He was conscious of his body becoming rigid during the night and yet couldn’t move a finger. He struggled at least ten minutes to wake up my mom sleeping next to him, but his body didn’t follow what he wanted. He described that time, “I knew if I let it go I would die there. But, I didn’t want to let it go, I chose to live.” Later, my father desperately managed to wake my mom up and he was operated in the couple of hours.

Recovering from the stroke, my father has gone on taking care of my mom again. Life and love between them are mysterious and trembling. I know my father will go on being a defender of life for the family. I am his son.

My father is the twenty-sixth Christ.